Commenting also was billionaire Charlie Munger, who works closely with Buffett. Investor Munger is the Vice Chairman of Berkshire Hathaway and his considered Buffett’s investment partner and principal advisor. 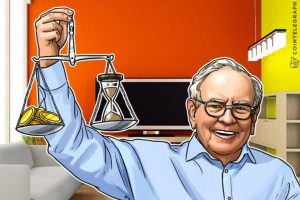 Unlike Warren Buffett who initially focused heavily on the advice of Benjamin Graham, Charlie Munger developed a different approach that had an influence on Buffett. How does Charlie Munger feel about the state of value investing? To answer that question, let’s first explain what value investing is. It’s buying securities that are under-priced, and it is an investment philosophy launched by investor Benjamin Graham in the 1930s. Graham was an American investor, but he was born in Great Britain. He wrote two pivotal books on the subject of value investing including Security Analysis and The Intelligent Investor. Warren Buffett was one of Graham’s students, and Buffett worked for Graham at his firm Graham-Newman Partnership on Wall Street.

Value investing means stocks can fluctuate in price, but that doesn’t mean you’re getting them undervalued.

So value investing means knowing the actual value of something, but buying it on “sale.” Your goal with value investing is going for “margin of safety.” When you buy a stock at a bargain price, you’re better able to earn a profit when you sell the stock, and you’re less likely to lose money. That would also be considered intelligent investing. For example, you could buy a stock that’s worth $100 for $50. You would then sell the stock for $100 once the stock returned to its original price. In turn, you’ve made a $50 profit. Even more, if the cost of the stock rose to $130, for example, and you sold it for $130, you’ve made an $80 profit.

The art of value investing has changed, but according to Munger after the 2018 Annual Shareholders Meeting for Berkshire Hathaway, as told to Yahoo, the fundamentals haven’t.

That said, Munger says finding value investments has gotten harder due to the competitiveness that exists in the world. According to Munger, due to the tougher environment, Berkshire has to look in different places for value investments, places where they didn’t have to look before in addition to other changes to the traditional approach.

Munger, who spoke at the shareholders meeting with Warren Buffett, made it clear that Berkshire doesn’t use a “formulaic approach” to value investing. In other words, he doesn’t believe there is a clear-cut blueprint for investing. Instead, he simply looks at the “gap” between value and price and takes it on a case by case basis. Munger used Costco as an example where the stock sold for 12 to 13 times earnings. He considered the cost to buy a “ridiculously low value,” due to the substantial strength of the business.

Furthermore, Munger is such an individualist that he does not worship Benjamin Graham even though he considers him brilliant and a good writer and teacher. Munger believes his own ideas, for today’s times, are better, and he explained how his approach to value investing influenced the way Warren Buffett views today’s value investing strategy.

Munger urged Buffett to focus on better quality businesses despite their prices being higher in some cases.

His reason for that is that better quality businesses could be held for decades, continually providing cash to its owners. In the recent years, Berkshire, under the influence of Munger, has gone from traditional undervalued cheap companies to higher quality companies such as Coca-Cola. For example, as Munger pointed out, a single share of Coca-Cola went for $19 in 1919. Today, that share would be worth more than five million if dividends were reinvested.

Therefore, Munger’s modified value investing strategy is to focus on excellent businesses that are reasonably priced. In that way, an investor can watch his or her money grow in a stable company that can be held on for decades, cutting down the number of buy and sell decisions and improving the stressful life of an investor in the process. It is the modified version of Graham’s value investing theory that Munger feels is a better approach for the 21st-century and beyond.