Have you ever learned about super-investors Graham and Dodd? There were, in fact, two men by those names, but if you also heard of them as ‘superinvestors’, then you might have been hearing about an article penned by Warren Buffett. It was titled “The Superinvestors of Graham-and-Doddsville”. It promoted a concept known as value investing. Originally published in the fall of 1984, it appeared in the Columbia Business school magazine known as Hermes. The content was based on an earlier speech, delivered on May 17th of the same year. The speech marked the 50th anniversary of a book titled “Security Analysis” which was written by David Dodd and Benjamin Graham. The speech was given at the Columbia University School of Business. Both the article and speech were done to challenge the notions that equity markets are actually efficient, given studies of nine investment funds that successfully generated long-running returns that were notably above the broader market index. These nine funds were all managed by alumni of Benjamin Graham, all who pursued their own varying investment tactics but still stuck to the value investing strategy laid out. 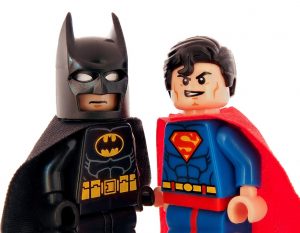 The occasion that Columbia Business School arranged was a celebration of Graham and Dodd, but it wasn’t just one speech given …

In fact, two happened. Michael Jensen delivered one, as the professor from the University of Rochester was an advocate for efficient-market theory. The other speech was delivered by Buffett, who personally opposed it. Jensen tried making the argument that a simple experiment of coin tossing across a broad group of investors could generate a handful of successive winners, further arguing that the same would happen in real-world financial markets. Buffett seized on the metaphor, starting his very own speech using the same experiment involving coin tossing. The big difference that Buffett noted was that somehow, the same school owned a statistically significant percentage of that winning minority.

That minority followed the value investing rules which Dodd and Graham established. 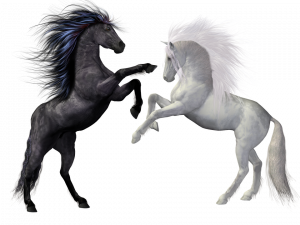 Graham and Dodd had argued for looking for values in the market that had a substantial safety margin as compared to stock prices, but others had claimed this was then obsolete given improvements and upgrades in both information technology and market analysis. If the markets could be assumed as truly efficient, then no one would be able to beat them over the course of time, so pure chance alone would be the only path to long-running success. Buffett argued however that if a number of the long-running winners all belonged to one group of adherents to value investing, and they were operating independently of one another, then their success had to be more solid than a fluke.

The right strategy was more likely to be triumphant than just pure chance.

Buffett augmented his argument by presenting nine different investment funds that were successful. One of them was his very own Buffett Partnership, which was liquidated back in 1969. Two of the others were pension funds, having eight and three portfolio managers. Buffett asserted that he personally had influence in choosing both value-oriented managers and the broader strategies of the funds. The remaining six funds were all managed either by business associates of Buffett or someone well-known to him. The pair of pension funds leaned towards conservative portfolio mixes, given their function and purpose, but still showed 5 and 8 percent leads over market averages. The other seven investment partnerships showed double-digit leads.

Buffett has consistently made several notable points regarding value investment theory. He has run with a postulate of Graham and Dodd, that being that an investors risk goes down as the margin between a stock’s value and its undervalued stock price goes up. Conversely, as the margin thins, the risks increase. He also argued that as a fund increases in size, the potential for returns diminishes.

In 1991, Seth Klarman published “Margin of Safety”, citing Buffett’s “Super-Investors” work. Klarman acknowledged the work as a primary source, arguing that efficient-market theorists had never successfully rebutted it, instead actually living in a world of theory that actual data and practice disproved. Klarman’s work went on to achieve a cult-like status. As it’s never been reprinted, existing copies can sell for thousands of dollars.

Buffett was born in 1930 and over his career has been a philanthropist, investor, speaker, and business magnate. He currently serves as the CEO and chairman of Berkshire Hathaway. He is widely considered one of the planet’s most successful investors, enjoying a personal worth in excess of $84 billion. That makes him the world’s third-richest individual.

He was born in the Nebraska city of Omaha, and his interests in investing and business started early. He entered the University of Pennsylvania’s Wharton School before transferring to the University of Nebraska and graduating from there at only 19 years of age. He was a graduate of the Columbia Business School he later famously wrote and spoke for. It was there that his personal investment philosophy was focused on the idea of value investing that Graham pioneered. His early business partnerships even included one with Graham. After meeting Charlie Munger, he created his Buffett Partnership. The firm, later on, would acquire Berkshire Hathaway, a textile manufacturing firm. They would assume the name in creating a company of diversified holdings. He’s been both the largest shareholder and chairman since 1970. Common nicknames for him in global media including being the sage, oracle, or wizard of Omaha.

Buffett is noted for his philanthropy. Regardless of how much wealth he enjoys or generates, he has pledged to give up as much as 99 percent of it to various philanthropic causes. The primary vehicle or avenue for this will be through the Bill and Melinda Gates Foundation. He partnered with Bill Gates in 2009 to found The Giving Pledge, where billionaires state their intention to give away a minimum of half their overall fortunes. Buffett is also an active political contributor. He endorsed the 2016 Democratic nominee for the White House, Hillary Clinton, the former first lady, senator, and secretary of state. He has opposed in public that statements, actions, and policies of the actual winner of the presidential contest.