Even though Ben Graham was born in England, he is famous for the impact that he had on investing in America. He has frequently been described as the father of American value investing. 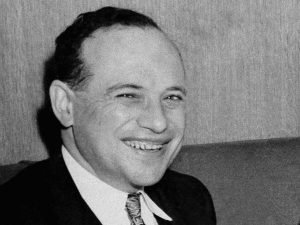 One of the biggest ways Graham shaped investing is through the books he wrote. Two of his books, Security Analysis and The Intelligent Investor, are considered to be essential texts in the world of neoclassical investing.

In addition to these two books, Graham published several other books on investing. He also wrote a number of papers. When Graham initially began publishing, a lot of the ideas he had about investment weren’t mainstream. He helped to change the way that people think about investments. A lot of his investing ideals are still championed today. 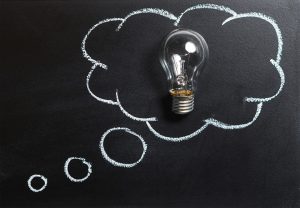 One of the primary things that Graham focused on was the psychology of the investor. He used behavioral economics to shape a lot of his opinions on investing. Graham also championed holding minimal debt and buy-and-hold investments.

Graham was a big proponent of activist investing, and he also believed that it could be highly valuable to be a contrarian in the investing world. While his philosophies might not seem that radical in the present day, in the past, a lot of the ideas that he talked about were still very unusual.

Even though Graham built his career around investing, he was very critical of a lot of corporations. He believed that corporations hid a lot of essential information when they reported their financial information. Because of this, a lot of investors were unable to make informed decisions about whether or not to invest in a company.

Graham also believed that shareholders should receive more benefits. He thought that a company’s revenue shouldn’t go to the company alone. He thought that a portion of those assets should be passed along to the shareholders as well. He spoke highly of any ideas that made it easier for people to make smart investment decisions.

Ben Graham And The Stock Market

Even though Graham lived through the stock market crash that eventually led to the Great Depression, he believed in buying stock at any price. He didn’t hold a buy low and sell high mindset. Instead, he believed that a price growth could happen at many different price points.

Rather than focusing on the price of the stock, Graham believed that investors should focus on the health of the business. According to his ideas, investing in a business that is about to see growth is always going to be financially beneficial.

Graham did not just make contributions in the world of value investing. He also spent time discussing economic theory. He developed an entirely new basis for both U.S. and global currency. These contributions are one of the reasons that Graham revolutionized the finance world.

Because Graham’s investment advice was so solid, people took what he had to say about economics very seriously. He was able to advise a number of people, and he was able to provide advice to many businesses as well.

The Students Of Ben Graham

There are a number of students that were able to achieve investment success because of the teachings of Ben Graham. Of these students, the most successful might be Warren Buffet. At one point in time, Buffet was the third-richest person in the entire world. Almost all of Buffet’s wealth was accumulated through investments.

Buffet studied directly under Graham, and the two of them had a very close relationship. Buffet has said that Graham believed that investors should be both creative and generous. That’s a philosophy that you can see in Buffet’s own investment history. Warren Buffet is one of the most charitable people in the entire world.

Graham was born in London, but he moved to America when he was just a year old. His father died when he was still young, which left his family in poverty. These experiences motivated Graham to learn more about investment and how it could help him.

Graham graduated at the top of his class of Columbia and found a position on Wall Street shortly after graduating. From there, he worked to forge important connections and build a name for himself. Before long, there were few investors and economists that hadn’t heard of Graham.

The Legacy Of Graham 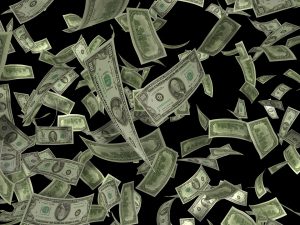 Financial advisors still rely on Graham’s books and his investment philosophies today. Even though the world of investing has gone through a lot of changes since Graham passed away in 1976, the ideas that he was a proponent of are still very sound.

Many economics students still study his books, and he is still considered to be the most important and significant figure in the world of value investing. It’s likely that people will continue to study Graham and his books for many years to come.

Anyone with an interest in value investing should take the time to read some of the books that were published by Ben Graham. His principles are rock solid. If you learn more about the investment philosophies that he was a champion for, you may be able to make smarter decisions about investing in the future.